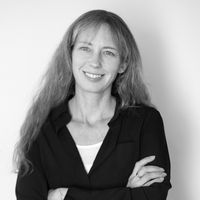 Colleen Graham
Drinks Expert
Colleen Graham is a cocktail expert, professional bartender, and cookbook author with over 10 years of experience in the food-writing world.
our editorial process
Colleen Graham

Tequila is a spirit steeped in a history that goes back to the Aztecs. Legend has it that the agave plant, from which tequila is made, was a gift from the gods. One story goes that it was the result of an ill-fated love between Quetzalcoatl and Mayahuel, who is sometimes referred to as the goddess of agave.

This story recounts the legend as shared by a representative of the Tequila Regulatory Council (CRT), which is responsible for regulating and promoting Mexico's most famous liquor. Of course, as legends often go, there are a number of versions of the story; this is just one of them.

The Aztec Legend of the Agave Plant and Tequila

The Aztecs believed that when the earth began there was a goddess in the sky. She was called Tzintzimitl but she was an evil goddess who devoured light. She had the earth in darkness and forced the natives to do human sacrifices in order to give them a little light.

One day Quetzalcoatl, the "Feathered Serpent," was tired of this treatment and he decided to do something about it.

Quetzalcoatl believed in honor so he ascended to the sky to fight the evil goddess Tzintzimitl. In his search, he did not find her but instead found her granddaughter, Mayahuel (one of the goddesses of fertility), who was kidnapped by the evil goddess. Quetzalcoatl fell in love with her. Instead of killing the evil goddess, he brought Mayahuel down to earth to live with him.

When Tzintzimitl found out, she got extremely mad and started to look for them. The couple was forced to run from one place to another to hide from her. One day they decided that because there was nowhere else to hide they would become trees. The two trees stood side by side so that their leaves would caress one another whenever the wind blew.

The evil goddess kept up her search and sent out her light-devouring stars who finally found them. Tzintzimitl came down and there was a big fight in which Mayahuel was killed. When he found out, Quetzalcoatl was angry and sad. He buried the remains of his lover then flew to the sky and killed the evil goddess.

So the light came back to the earth but Quetzalcoatl had lost a loved one. Every night he would go to her grave and cry.

The other gods saw this and thought they should do something for him. A plant began to grow on the burial site. The gods gave this plant minor hallucinogenic properties which would comfort the soul of Quetzalcoatl. From then on he could drink the elixir that came from that plant and find comfort.

That is how the Aztecs believed that the agave plant came to be and was given the properties found today in tequila: to comfort the soul of those who lost someone dear to their hearts.

Mayhuel is a well-known figure in Aztec mythology. She is known as the goddess of maguey, which is better known today as the agave plant, as well as the goddess of pulque. Represented as "The Woman of 400 Breasts," she is often depicted with Centzon Totochtin, "the 400 rabbits" who are her children, each of whom represents the many faces and personalities people can display when intoxicated.

Pulque is thought to have been the actual beverage that Mayhuel discovered and shared with the people. It is the ancient predecessor to other agave-based liquors like mezcal and tequila. The primary difference between the three spirits is the species of maguey plant used. Additionally, pulque is not distilled. Instead, the aquamiel (literally "honey water", or sap of the plant) is allowed to naturally ferment in a process similar to making wine.

Pulque continues to have spiritual and sometimes medicinal customs associated with it. For instance, some people believe that a man who has not produced sons can harvest six plants, drink the pulque elixir made from it, and his next child will be a boy. Women also drink a pulque elixir to aid menstruation and lactation and it's believed to be an aphrodisiac.

Not as widely available today as mezcal and tequila, you generally can only find pulque in certain areas of Mexico. It has an interesting texture that is completely different than the distilled spirits. Pure pulque is uncured and pulque curado is cured pulque, which is typically mixed with fruits that are intended to make it more palatable.