What Is the Meaning of Apocalypse in the Bible? 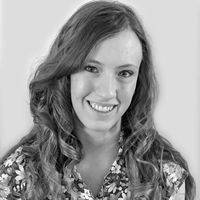 The concept of apocalypse has a long and rich literary and religious tradition whose meaning goes beyond what we see on dramatic movie posters.

The word apocalypse is derived from the Greek word apokálypsis, which translates most literally to “an uncovering.” In the context of religious texts like the Bible, the word is most often used in relation to a holy disclosure of information or knowledge, usually through some sort of prophetic dream or vision. The knowledge in these visions is typically related to either end times or to insights into the truth of the divine.

Several elements are often associated with biblical apocalypse, including but not limited to image-based symbolism, numbers, and specific or significant periods of time. In the Christian Bible, there are two major apocalyptic books; in the Hebrew Bible, there is only one.

The Book of Daniel and the Four Visions

Daniel is the apocalypse that both Jewish and Christian traditions share. It is found in the Old Testament of the Christian Bible among the Major Prophets (Daniel, Jeremiah, Ezekiel, and Isaiah) and in the Kevitum in the Jewish Bible. The section related to apocalypse is the second half of the texts, which consists of four visions.

The first dream is of four beasts, one of which destroys the whole world before being destroyed by a divine judge, who then gives eternal kingship to a “son of man” (itself a particular phrase that turns up frequently in Judeo-Christian apocalyptic writings). Daniel is then told that the beasts represent the “nations” of the earth, who will one day wage war against the holy but will receive divine judgment. This vision includes several hallmarks of biblical apocalypse, including numerical symbolism (four beasts represent four kingdoms), predictions of end times, and ritualistic periods of time undefined by normal standards (it is specified that the final king will make war for “two times and a half").

Daniel’s second vision is of a two-horned ram that runs rampant until being destroyed by a goat. The goat then grows a small horn that gets larger and larger until it desecrates the holy temple. Once again, we see animals used to represent human nations: the ram’s horns are said to represent the Persians and the Medes, and while the goat is said to be Greece, its destructive horn is itself representative of an evil king to come. Numerical prophecies are also present through the specification of the number of days that the temple is unclean.

The angel Gabriel, who explained the second vision, returns for Daniel’s questions about the prophet Jeremiah’s promise that Jerusalem and its Temple would be destroyed for 70 years. The angel tells Daniel that the prophecy actually refers to a number of years equivalent to the number of days in a week multiplied by 70 (for a total of 490 years), and that the Temple would be restored but then destroyed again by a wicked ruler. The number seven plays a major role in this third apocalyptic vision, both as the number of days in a week and in the crucial “seventy,” which is fairly common: seven (or variations like “seventy times seven”) is a symbolic number that often stands in for the concept of much greater numbers or the ritualistic passage of time.

The fourth and final vision of Daniel is probably the closest to the revelatory, end-of-times concept of apocalypse found in popular imagination. In it, an angel or other divine being shows Daniel a future time where the nations of man are at war, expanding upon the third vision in which an evil ruler passes through and destroys the Temple.

Apocalypse in the Book of Revelation

Revelation, which appears as the last book in the Christian Bible, is one of the most famous pieces of apocalyptic writing. Framed as the visions of the apostle John, it is packed with symbolism in images and numbers to create a prophecy of the end of days.

Revelation is the source of our popular definition of “apocalypse.” In the visions, John is shown intense spiritual battles centered around the conflict between earthly and divine influences and the eventual final judgment of man by God. The vivid, sometimes confusing images and times described in the book are laden with symbolism that often ties into the prophetic writings of the Old Testament.

This apocalypse describes, in almost ritualistic terms, John’s vision of how Christ will return when it is time for God to judge all earthly beings and reward the faithful with eternal, joyful life. It is this element–the ending of earthly life and the beginning of an unknowable existence close to the divine–that gives popular culture the association of “apocalypse” with “end of the world.”